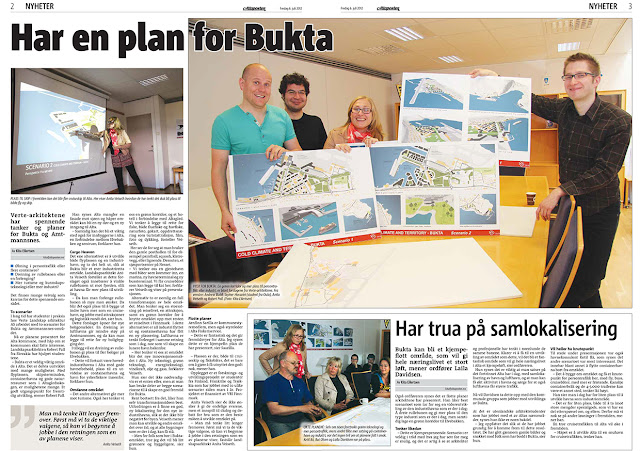 The Cold Climate and Territory project was presented to the Alta Municipality on Friday 29th June 2012, with the hope that they will take interest.
Altaposten covered the event and published an article (shown above) on Friday 6th July 2012 where they reported that the project included "exciting ideas and plans".
Arnfinn Sarilla, who is a councilor for the Kommune said that " this is amazing and it gives future visions for Alta". Arnfinn went on to say that "I think this is a great plan they have presented".

For Bukta and Amtmannsnes we have developed two scenarios showing alternative development strategies for the area. The scenarios are intended as a basis for discussions and debates. They are not intended to represent the final conclusions for future development, but as input during the process. We hope that our ideas can inspire, surprise and challenge.

The first scenario assumes that the runway at Alta airport is extended by approximately 600 m. For the second scenario, we have explored the possibilities that are provided by rotating the runway to the northeast. 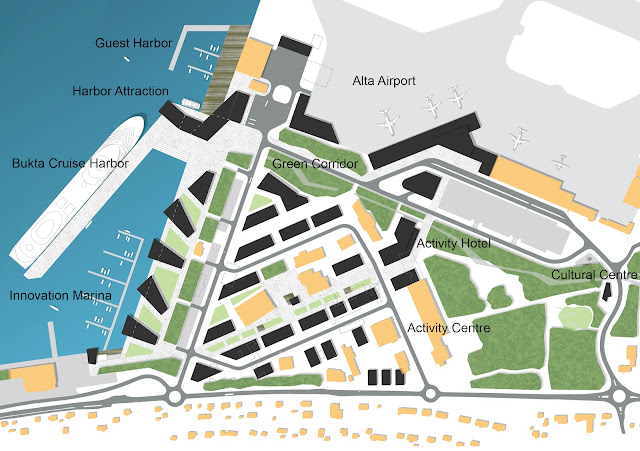 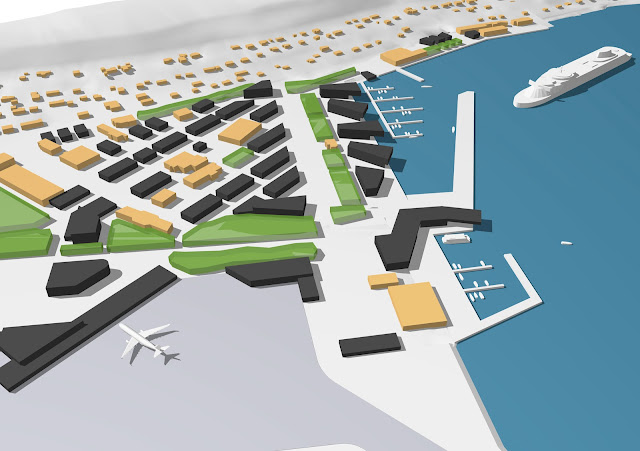 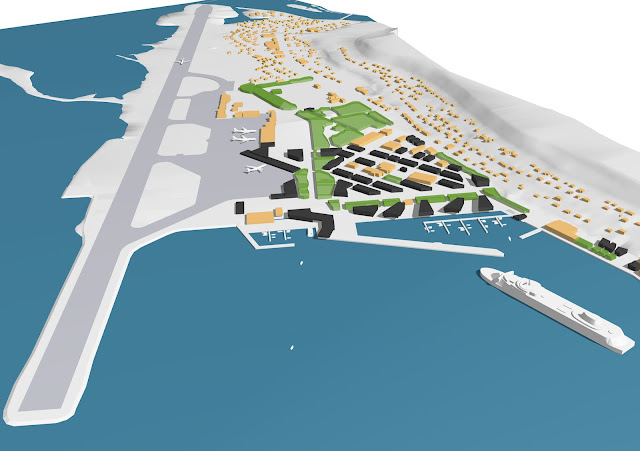 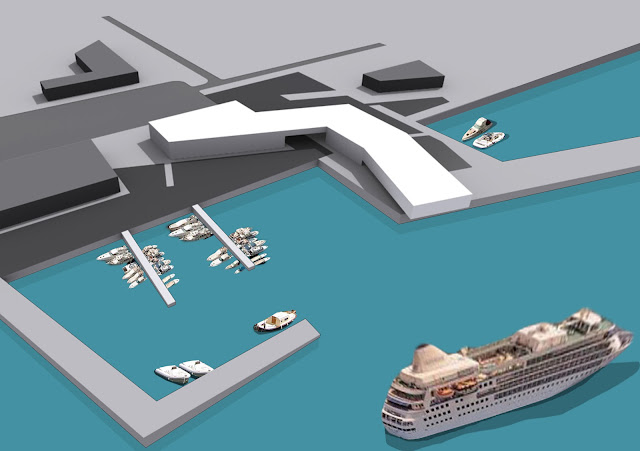 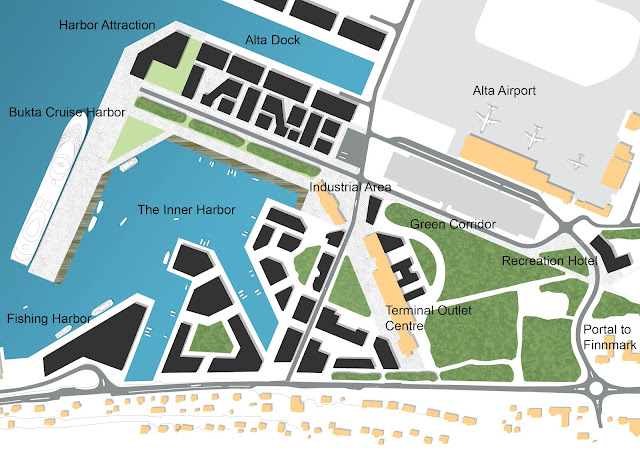 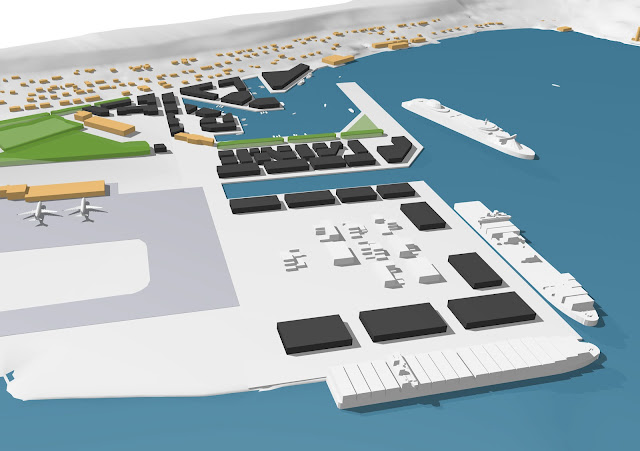 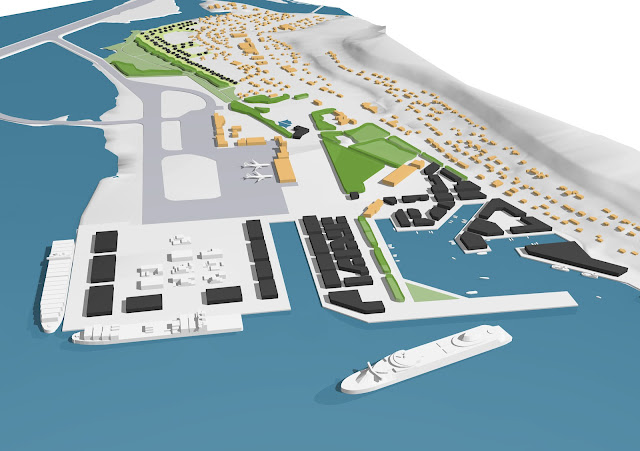 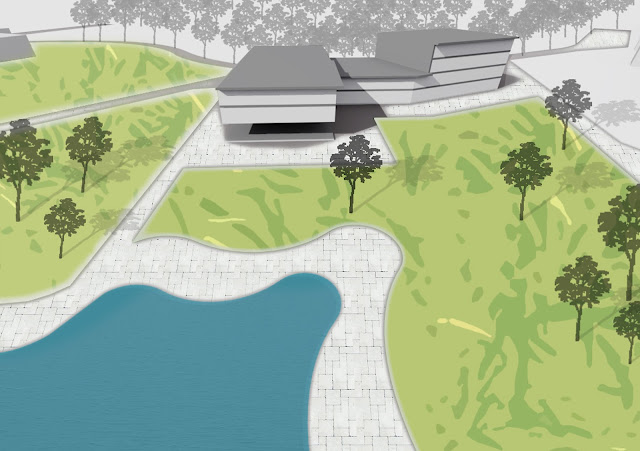 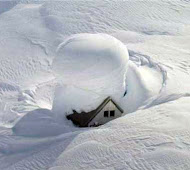